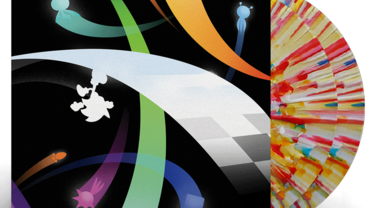 "Sonic the Hedgehog has delivered fast action and smoking-hot tunes since the series' inception 30 years ago. As part of a franchise with such a strong musical legacy, Sonic Colors' energetic soundtrack managed to turn heads (and keep them bobbing) since its Wii debut back in 2010. Today, SEGA and iam8bit are excited to announce that the incredible soundtrack for Sonic Colors: Ultimate--out now for Nintendo Switch, PlayStation 4, Xbox One, and PC--will be available in a special two-disc vinyl release. The double album features 21 tracks, including Sonic Colors' iconic theme song, "Reach for the Stars."

Fans can pick up two versions of the album, which are available for pre-order today on iam8bit.com. The Open Edition ($39.99/6,400 yen) features two randomly colored vinyl discs, drawn from a pool of blue, purple, orange, and green -- a fun and vibrant tribute to the game's Wisp characters. The Exclusive Edition ($44.99/7,000 yen) is limited to 500 pressings and includes colored vinyl with a wild sprite trail splatter effect.

Both editions feature bold album art by illustrator Matt Stevens, which shows the Blue Blur in action. The Exclusive Edition ships in Q4 2021, while the Open Edition will arrive in 2022. Fans can pre-order both from the iam8bit store starting today. The editions will also be available for pre-order on iam8bit Japan on September 10 at 10 a.m. JST.

For more information on the vinyl soundtracks, visit iam8bit.com, and for details on Sonic Colors: Ultimate, you can check out SEGA’s website: https://colors.sonicthehedgehog.com."